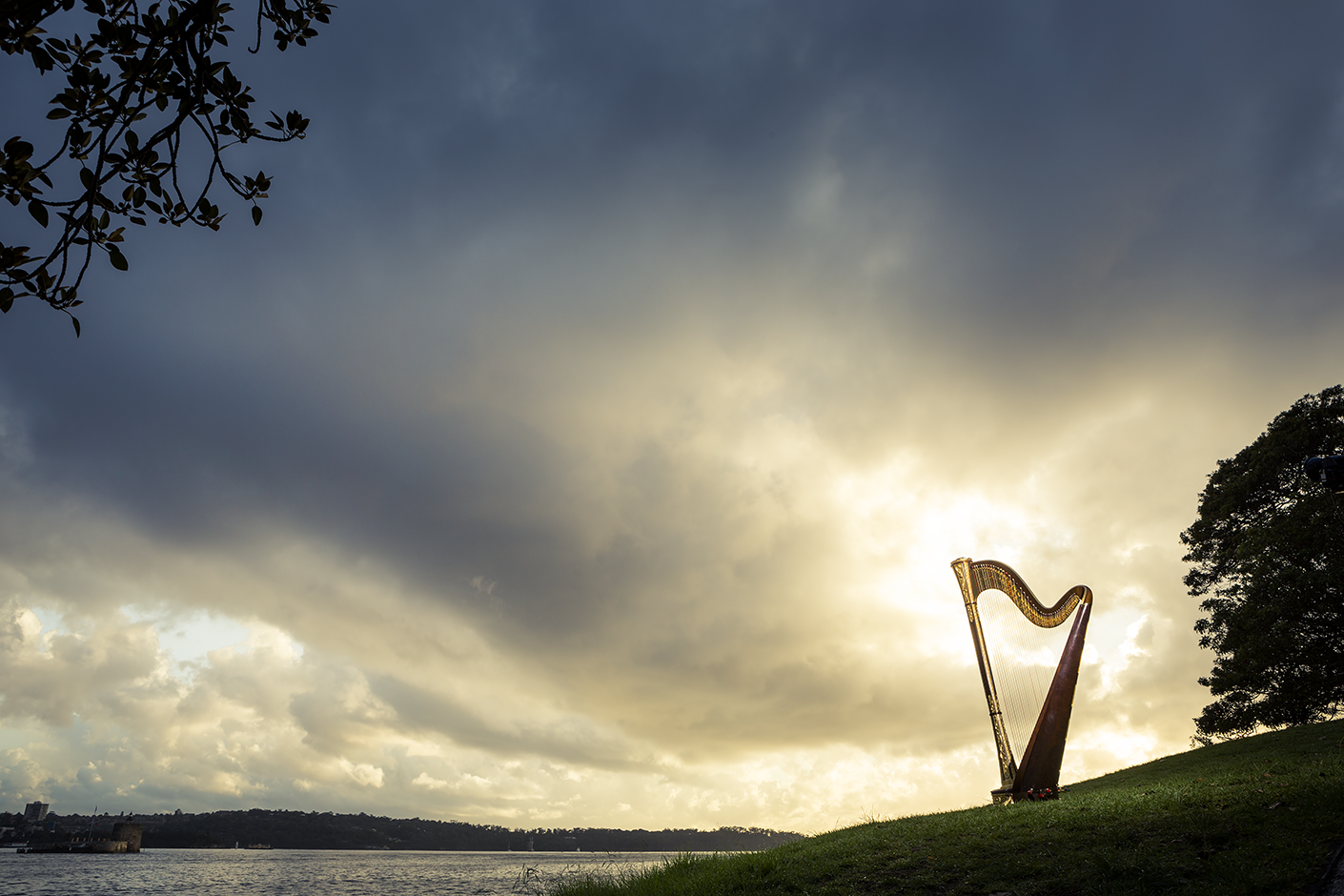 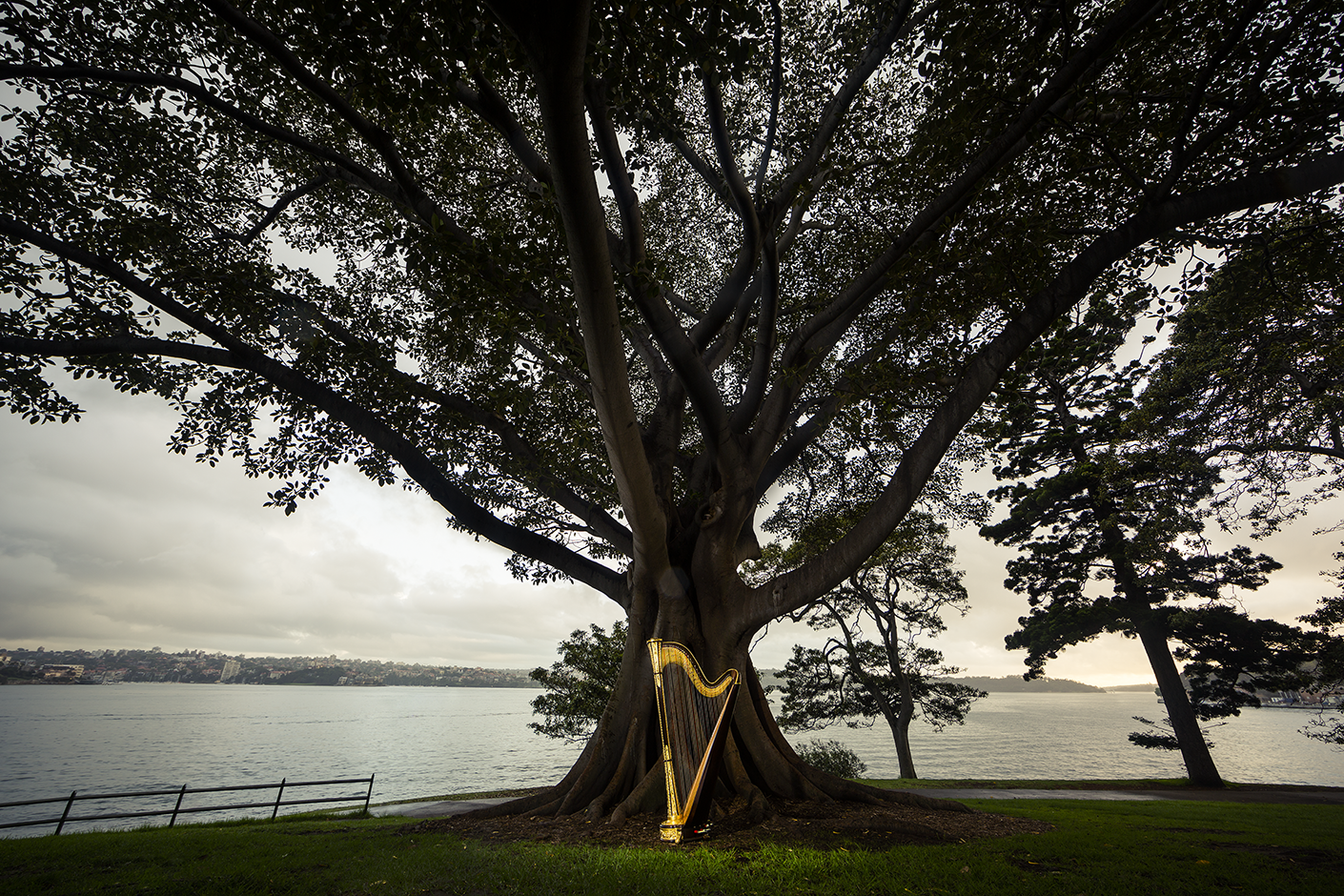 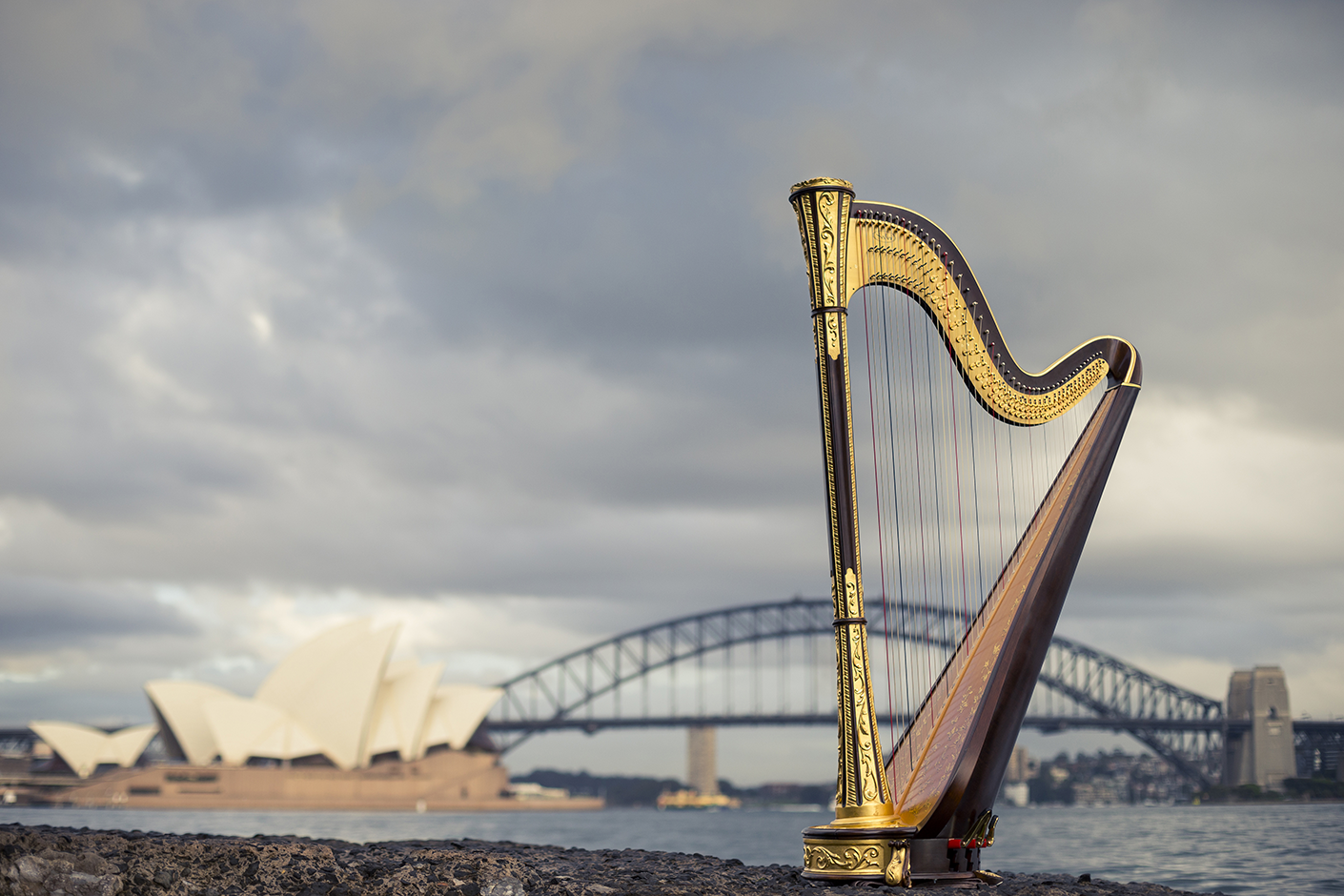 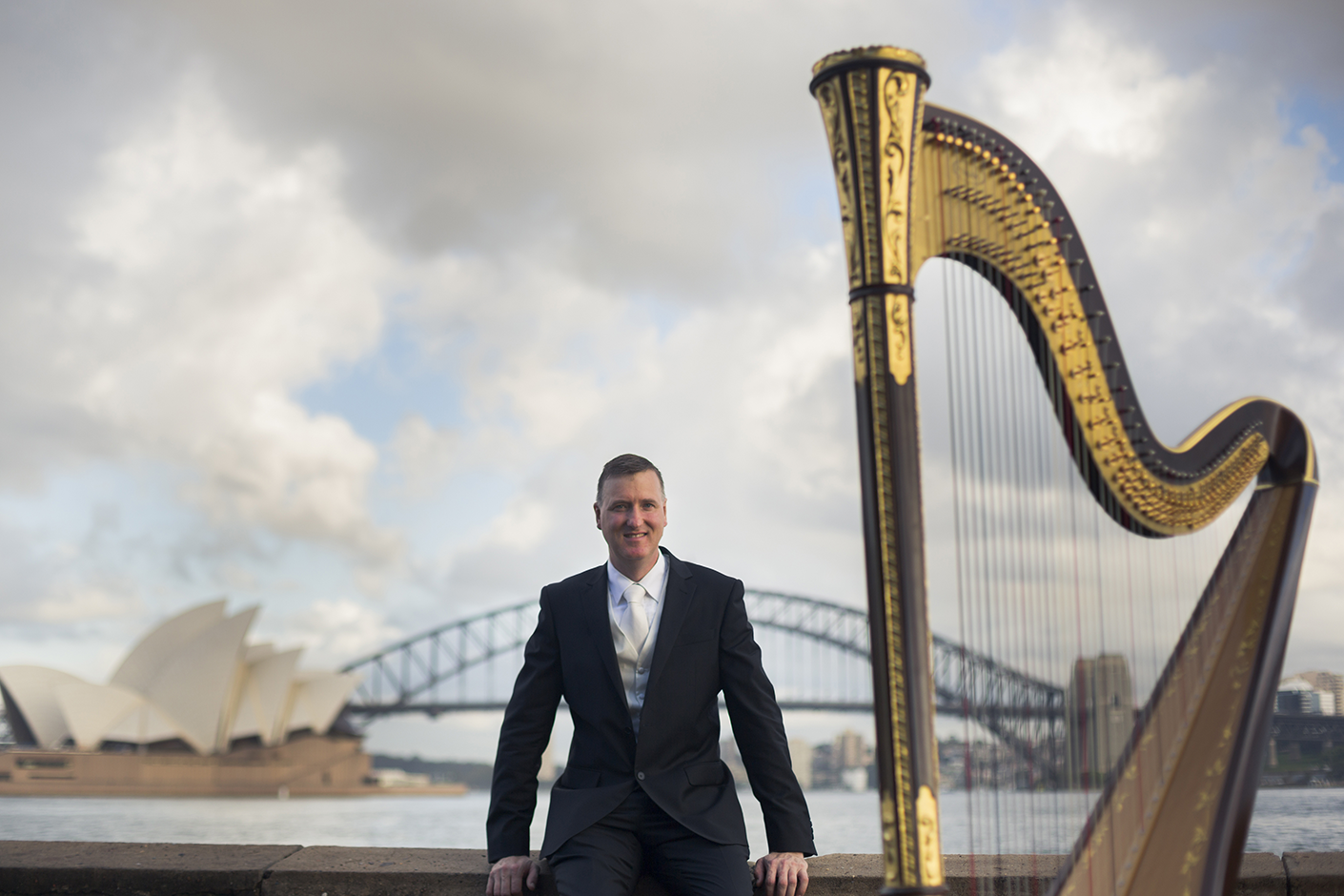 With its origins lost in the mists of time and mythology, the harp is amongst the most ancient of all musical instruments. In antiquity, the harp was played in almost all cultures and to this day is known and loved all around the world.
The harp is perhaps the most romantic of all musical instruments. In the Christian Old Testament, played by angels and saints, the harp has long been associated with visions of paradise.
Its lush sweeping chords fill any room with a sumptuous cushion of sound, making your special guests feel welcome and putting them at ease, bringing romance and elegance to your celebration.

Music is the soundtrack to your wedding: on this day of all days music can express those emotions which simply can not be expressed with words.
The harp can provide music for wedding guests while they await the arrival of the bridal party, making them feel special and welcome, providing a topic for conversation and putting them at ease.
Owen's vast repertoire ensures every element of your ceremony, from the processional to the signing of the register and finally the recessional, will be memorable and appropriate.
Owen will work with you to find music that you will love, or he can make recommendations for you. Depending on the ceremony, music may be added for candle lighting, communion and the signing of the register.
Harp music may be prefered during the reception, either for pre-dinner drinks, or while your guests dine.
Please contact Owen for more information.

The harp is an exceptionally versatile instrument and makes a wonderful accompaniment to corporate dinners and parties.
Owen has performed solo works and teamed up with colleagues from the Australian Opera and Ballet Orchestra to form chamber music recital programs for conferences and corporate events.
Please contact Owen for more information.

The unsurpassed beauty and magnificent sound of harp music has been used to celebrate each of life's significant milestones - from naming ceremonies and birthdays to civil unions and engagements.
Owen has played for many funeral services. He played the famous Moon River for his father's memorial during the photographic display - a touching and reflective moment in which to say goodbye.
For more information or to discuss your requirements for your celebration, please contact Owen.

Owen Torr is a Sydney based harpist, clarinettist, and teacher. He has performed with internationally renowned musicians such as Yo Yo Ma, Vladimir Ashkenazy, Kiri Te Kanawa, Jose Carreras, Sir George Martin, Julie Andrews and Charles Dutoit. He has played casual principal harp with the Sydney, Singapore, West Australian, Tasmanian, and Melbourne Symphony Orchestras. For over 19 years he was a regular performer with Opera Australia and the Australian Ballet at the Sydney Opera House. He has performed at the Royal Albert Hall in London, and the Concertgebouw in Amsterdam, and has played on the soundtrack for films including "Australia", "Happy Feet", "Jumper", and "Daybreakers'.
You can hear Owen play at the Chris O'Brien Lifehouse, a specialist cancer hospital, where he volunteers as part of the Living Room project for holistic living. Click here to listen to Owen.

After playing at a wedding ceremony I was approached by a man who thanked me for taking him on a journey through the music I played on the harp. With tears in his eyes he told me how it brought back memories of his youth and the time he fell in love with a beautiful girl, who later became his wife and mother of their three children. Even though he had never heard a harp being played before, the music evoked strong and beautiful feelings. This reinforces my belief that regardless of the venue or occasion, a marriage in a garden or a symphony in a concert hall, the communication between hearts is the very essence of music. Music transcends language and reaches our inner most core. Nothing makes me happier than bringing someone on a magical journey with my harp - Owen